I have done a little research on the colors of the chakras. In last two years I’ve met many people, who are energetically very sensitive and read many books on symbolism. I’ve found out that people’s third eyes are closed (most of the people) or only partially and selectively open (minority of the people). One can at least temporarily open third eye during special deep meditations or during “medicine” journeys with ayahuasca, wachuma, magic mushrooms etc.  Vedic and hindu knowledge about chakras could be influenced by the experience of soma/haoma, magic elixir, which was prepared from psychoactive plants like acacia trees and wild rue. Acacia-rue mix, for example, rises the levels of DMT in the body and stimulates one’s third eye. When third eye is open and active, it can be filled either with balanced patterns or with imbalanced patterns and it can be rooted in many cultural patterns and influenced by them. Consequently, traditions about colors or geometrical shapes in the chakras or in the parts of the chakras might be based on illusions (hallucinations) and influenced by cultural patterns.

I am very cautious about chakras geometry and numerology (number of leaves, geometrical shapes), because chakras are more complex on the higher levels (more leaves for example). Perhaps nothing is wrong about that, but nevertheless, this can be an indication, that we are dealing with synthetic representation of chakras, where true features of the chakras could be veiled with synthetic illusional symbolism. In order to avoid such influences, I have focused only on the colors of chakras. I have used “stable” information, based on the “rainbow pattern”, doctrine of Chinese five elements (wu xing) and yin-yang representations. When the “rainbow approach” is used only, or when the wuxing is used only, one can get simplistic answers on the colors of the chakras: 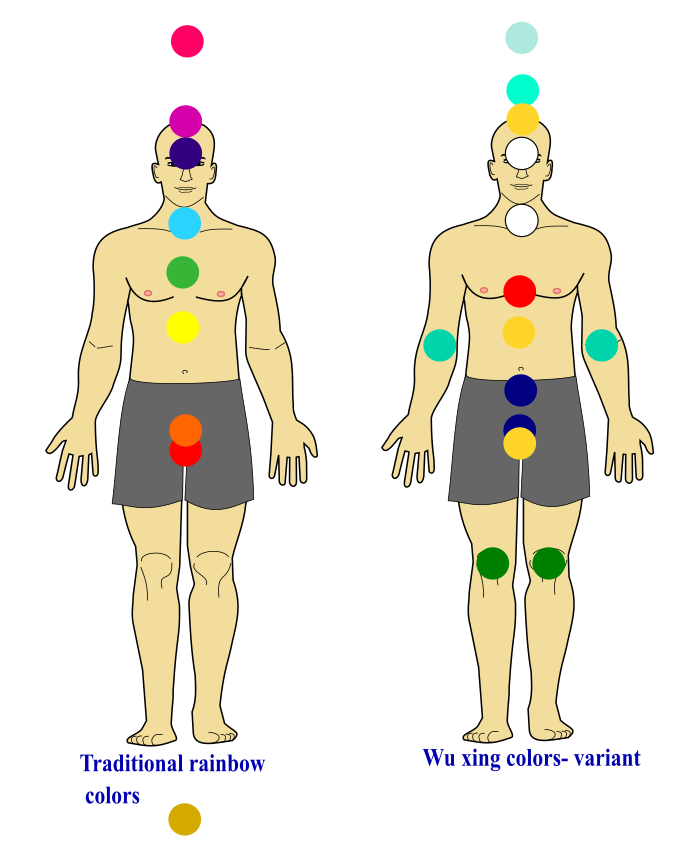 In order to get closer to the real colors of the chakras, multiple techniques should be used. I have used both “rainbow approach” and basic “wuxing approach”, but also the advanced “wuxing and yin-yang approach”. The basic elementary nature of chakra is revealed at the center of the chakra, the outer zone is influenced by upper, middle and lower level (violet, orange-yellow and type of army green/olive green). Concentric circles are in rainbow sequence when possible (sometimes perhaps too arbitrary, but accurate enough for this purpose). I’ve got following results:

Then I decided to check if there is any information on the representations of chakras with such colors. What I’ve found out is that there is no system, which consistently uses these colors. But I have found one system, which uses many patterns and this is the system of Choa Kok Sui. Choa Kok Sui (1952-2007) was a master of Pranic Healing and Archatic yoga. This master died at the age of 54 and I immediately make a conclusion, that he must have died because he has lost too many life Energy in his bioenergetic healings. But when I have checked his Bazi aka Four pillars of Destiny chart (type of Chinese astrology), it became clear that Choa Kok Sui was a very strong water type of person. He desperately needed wood and fire and some earth element energy to weaken too strong water. Almost all of his luck cycles were unlucky! From 1977 to 2010 he was in the constant flow of devastating energies. His most lucky element was Snake fire of Si, which represents his money, feng shui, pranic and occult studies. This element was slightly active between around 33 to around 50 years old and this kept him alive- extremely long periods of unluckiness may cause fatal illness. If Choa Kok Sui stayed alive till 2010, he would enter 20 years-period of extreme luckiness and would probably live a long life! However, when I have seen his chart, I asked myself how had this guy managed to survive till 2000. It must have been Pranic healing and Archatic yoga, I guess. It seems to me, that Pranic Healing hasn’t exhausted this man as some of his supporters claimed. It has been rather his battle with extremely bad luckiness cycles. So, I’ve read some books, written by this guy.

In his basic book “Miracles through Pranic Healing” (version from 2017) he is dealing with the colors of the chakras. Two representations are shown between the pages 42 and 43. The first one combines the colors with chakras’ pie-charts (each part with different color). The second one uses concentric circles and some “flower-type” pattern. From the book “The Spiritual Essence of Man” (version from 2017) it is clear, that the first representation show chakras in slow motion and the second representation shows chakras in fast motion. It is said that these descriptions of chakras have been got from psychic persons. Higher chakras of Choa Kok Sui are more complex than lower. As I have said, I am very cautious about possible synthetic information, so I haven’t researched geometry of chakras. 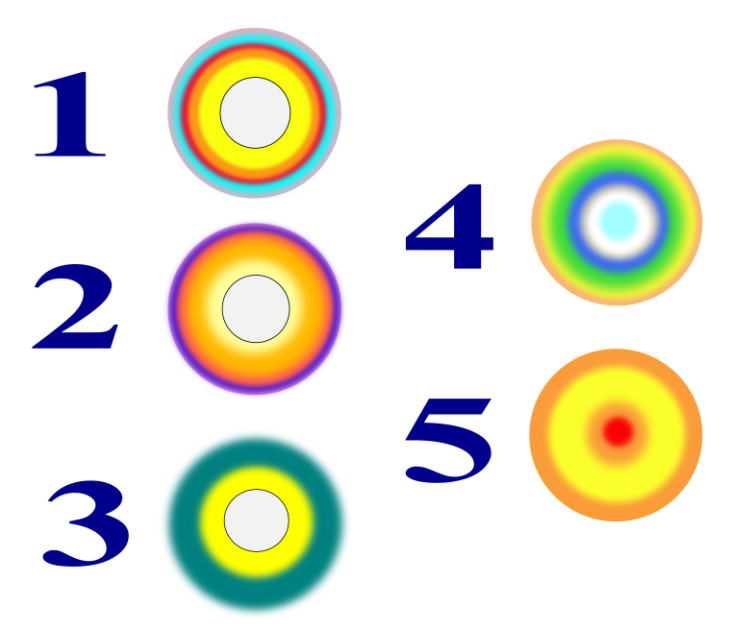 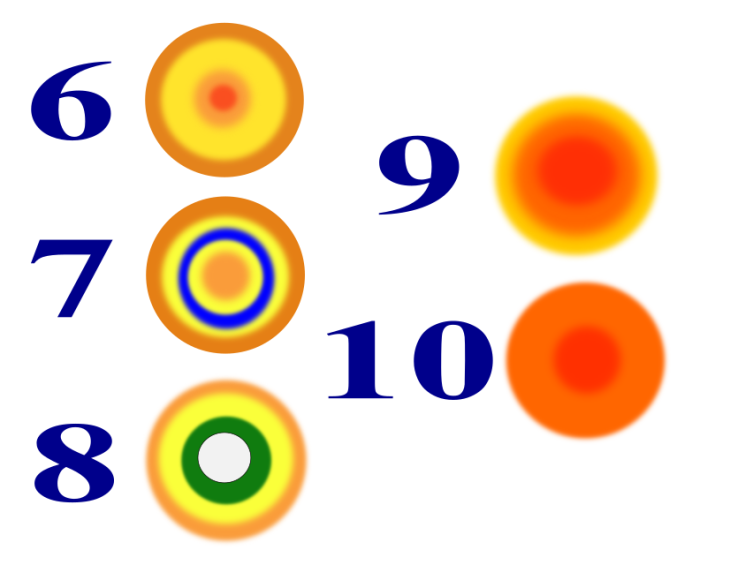 If you are interested in Pranic Healing, I can give you wonderful representation of the basic Panic Healing: